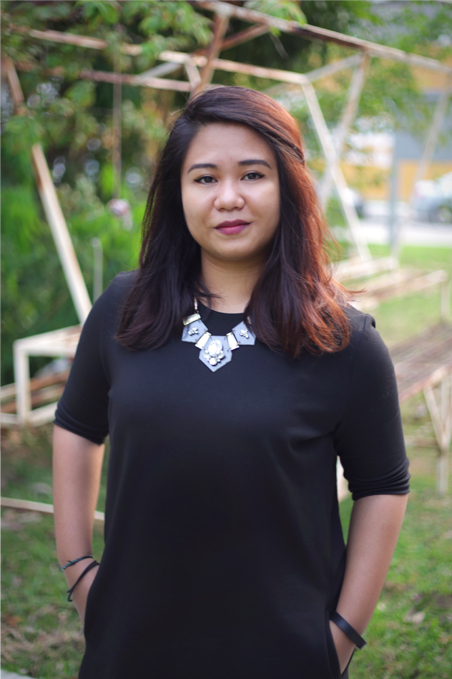 Liza practically invented the term ‘on the ball’. She is the resident walking encyclopedia when it comes to anything related to our productions – the themes, the names and the dates (even from many months ago)! As a real pro on set, Liza is always on the move and effortlessly manages our crew and talents during shoots. With amazing multi-tasking skills, Liza not only produces meticulous production schedules, edits web videos, researches, writes proposals and fixes our erratic Wifi router, but she can also work on the computer for hours while watching comedy series, “Broad City”, for the 58th time. She gets things done. Period.

During her studies in Ngee Ann Polytechnic, Liza simultaneously developed her skills in live music photography for an online music magazine, and freelanced as a photographer’s assistant and digital retoucher. After graduating with a diploma in Digital Visual Effects from the School of Film & Media Studies, she freelanced as an assistant producer for a photography studio, before settling down in Refinery Media. Her multiple roles in the company include Assistant Producer, as well as Video Editor and Post Coordinator.

In her free time, Liza is either fantasizing about being in a real-life musical number or is subconsciously mouthing the words to every episode of hit series, “Friends”, during one of her countless binge-watching sessions. Liza is just plain weird and we all love her for it. Her famous last words would probably be: “But it’ll be funny.”

< BACK TO THE REFINERY TEAM